The Colorado Delta Chapter involves the campus through our major annual philanthropies: 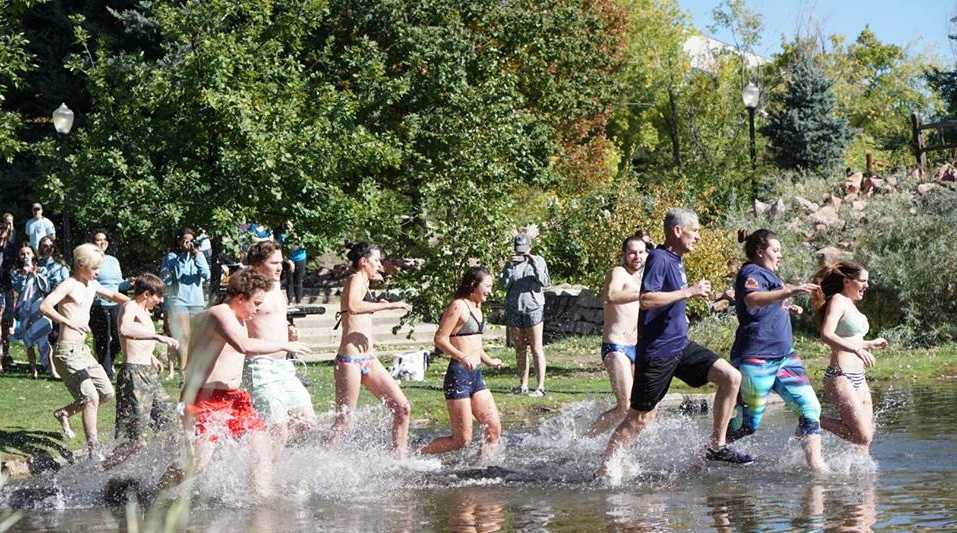 Every fall, Pi Phi CO Delta hosts the annual Polar Plunge where students, members, and faculty can pay a "ransom" to get various people to run into Clear Creek at Clear Creek Commons. In this fun day of music, games, food, and, of course, water, we have had PCJ, the President of Mines, professors, Greek Presidents, Pi Phi Members, and entire classes run in for our philanthropy!

Every spring, on the Sunday following the campus's E-Days Celebrations, Pi Phi hosts the annual Pi Phi Pheast where participants pay a small enterance fee for all you can eat pancakes and to support our philanthropy!

Outside of sisterhood, scholarship, and philanthropy, Pi Phis also recognize the importance of being involved at Mines and making the best out of their time not only involved in the sorority but also on campus.  Our members are involved in everything ranging from honor societies to fun social clubs to varsity sports. Some of this involvement includes membership in well-respected national organizations such as Tau Beta Pi, or the National Society of Leadership and Sucess. A majority of our chapter also holds an additional leadership position in their club or organization.  Our chapter members also hold Panhellenic Executive positions currently here at the Colorado School of Mines.

On such a diverse campus, it's a given that our members are involved in a number of other clubs and governing bodies on campus. To name a few, our members are: